Youtube made US$15 billion from selling ads last year, according to Alphabet’s latest financial results, which broke out revenue for the video platform and its cloud business for the first time.

Google acquired Youtube for US$1.65 billion in 2006 and has folded it into its online advertising machine, albeit with the occasional brand safety controversy. Last year Youtube bought in US$15.15 billion in revenue, up from around US$11 billion in 2018 and US$8 billion in 2017. 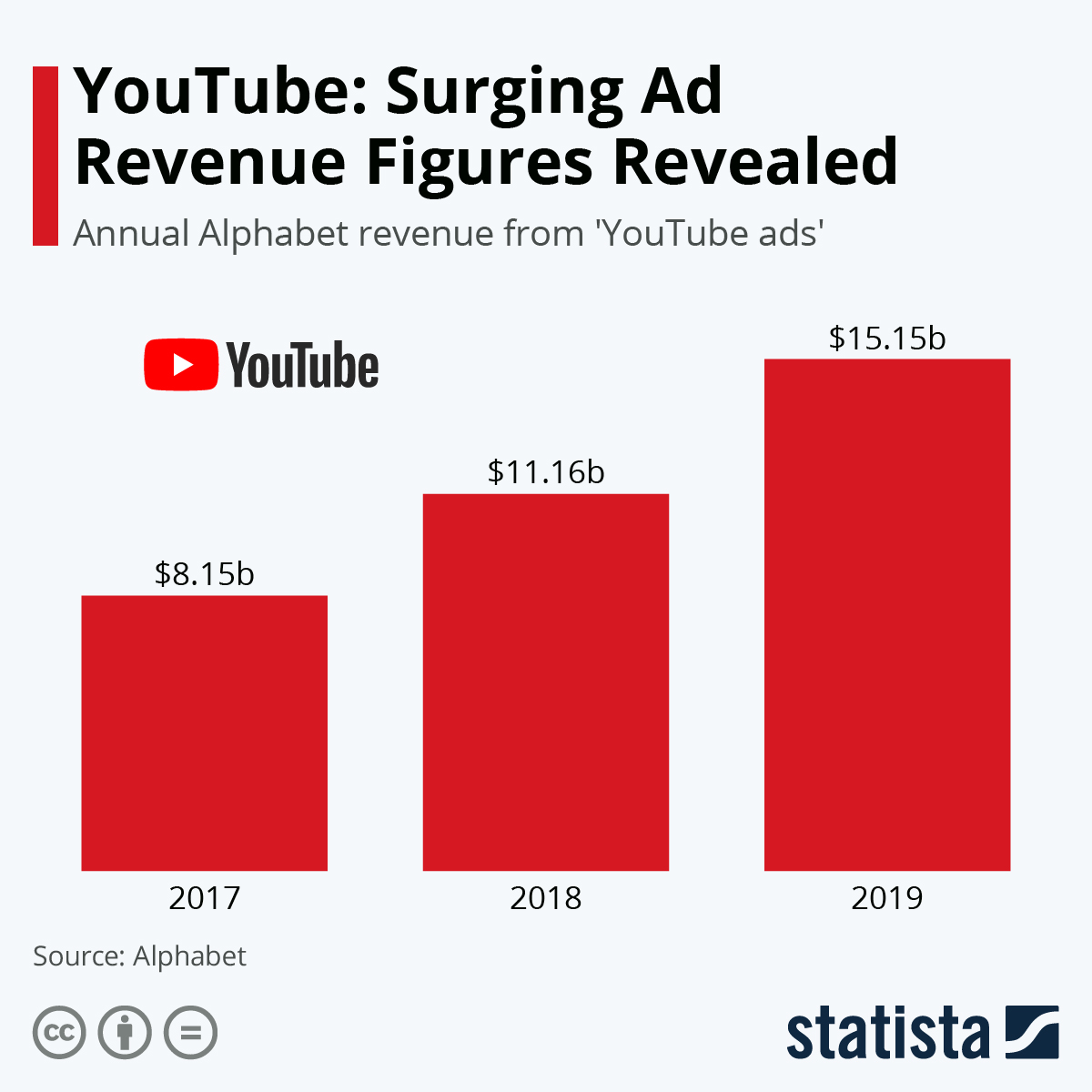 Google Cloud recorded US$8.9 billion in sales in 2018, up 53 per cent from the previous year. Both fast-growing areas support Google’s established search advertising business.

“To provide further insight into our business and the opportunities ahead, we’re now disclosing our revenue on a more granular basis, including for Search, YouTube ads and Cloud,” said Ruth Porat, Chief Financial Officer of Alphabet and Google.

The report is the first since founders Larry Page and Sergey Brin stepped back from their executive roles and settled into their board seats in December.

“Our investments in deep computer science, including artificial intelligence, ambient computing and cloud computing, provide a strong base for continued growth and new opportunities across Alphabet,” said Sundar Pichai, now the CEO of both Alphabet and Google.

“I’m really pleased with our continued progress in search and in building two of our newer growth areas — YouTube, already at $15 billion in annual ad revenue, and cloud, which is now on a $10 billion revenue run rate.”

Sustainable brand purpose can attract investors as well as consumers

Minicast: The transformative impact of sustainability

Tess Bennett is the editor of Which-50 and is responsible for leading the publication’s daily coverage of Australia's digital businesses for C-Suite executives, strategists, founders and directors. At Which-50 Tess reports on a broad range of topics including technology, the industrial internet, analytics and digital marketing.

Analysis: If Facebook really pulls news from its Australian sites, we’ll have a much less compelling product

Almost all Australians want more control and choice over the collection and use of their data as trust in organisations to handle personal information continues to decline. That’s one of the key takeaways from the national privacy regulator’s major survey, released today, as it prepares to reshape Australia’s laws for