Snapchat added nine million DAUs in Q4, bringing its total to 187 million – an 18 per cent year-on-year increase. The strong growth will be welcome news after the launch of Instagram stories had seen Snapchat user growth slow significantly.

Snap shares traded at $17.73 on the news, a 26 per cent increase, according to Reuters.

Since Snap’s IPO in March 2017, investors have been watching closely to see if the company could fend of competition from Instagram, which integrated ‘stories’ – a feature similar to Snapchat’s ephemeral messaging service.

The nine million DAU increase is the largest net add since Q3 2016, according to Snap. ARPU numbers also increase in Q4, up to $1.53 – a 46 per cent improvement year on year. 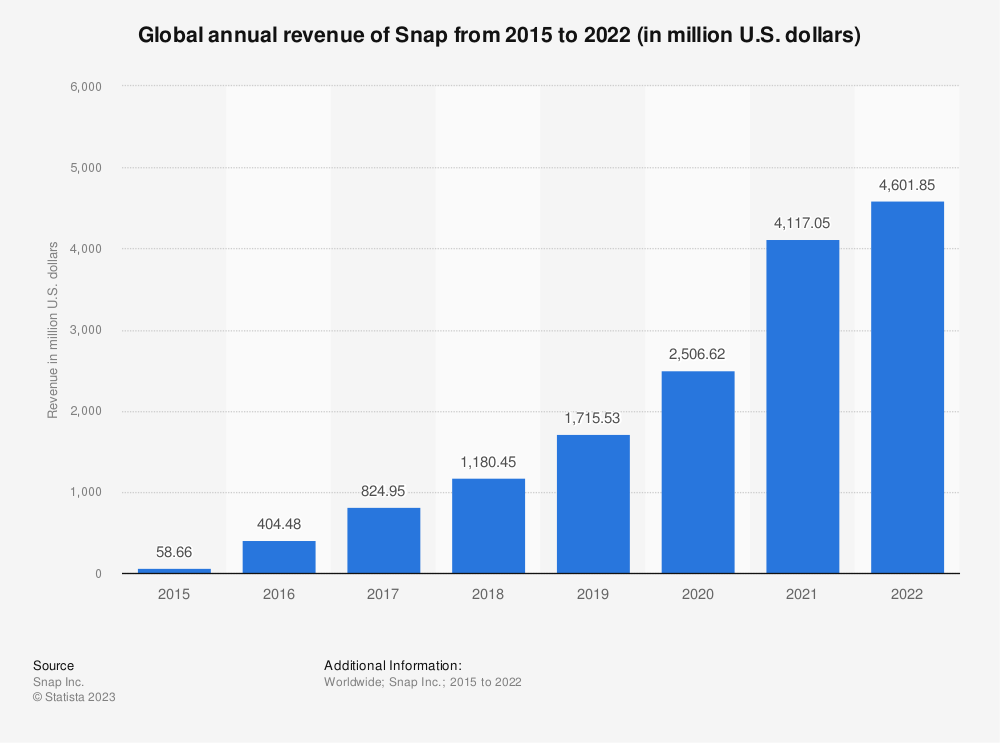 The results show the company is capable of scaling, according to company executives, speaking on an earnings call.

“Our business really came together towards the end of last year and I am very proud of our team for working hard to deliver these results,” Snap cofounder and CEO Evan Spiegel said on an earnings call with investors.

“These are big improvements that show how quickly Snap can scale when our products and our ad business are working well together,” Spiegel added.

The bulk of Snapchat’s revenue comes from advertising, with ads displayed within the apps stories format. 90 per cent of Snapchat’s Q4 ad impressions came via its self serve programmatic ad manager, released earlier this year.

The self serve platform allows brands to buy ads without dealing directly with Snap’s sales team or third parties. It opens the digital advertising door for smaller companies – a market Snapchat is coveting, according to Spiegel.

“I think for the first time in Company’s history more than 50% of our revenue came from advertisers who were outside the Ad Age Top 100,” Spiegel said.

“We’re just getting started, there are 26 million small businesses out there, we want to capture a big chunk of that. So we are less focused on price, more focused on driving value and driving growth.”

“We executed well on our 2017 plan to improve quality, performance and automation, which removed friction from our advertising business and improved our application for the Snapchat community.”

Amazon will suck the oxygen out of the Australian retail ecosystem, says Scott Galloway

Joseph Brookes is a writer and content producer for Which-50.com and the Which-50 Digital Intelligence Unit. He has covered the impact of digital transformation on Australian businesses with a particular focus on the media, financial services and governments sectors. Joseph is also responsible for Which-50's multimedia products including the production of video, podcasts and animated graphics.

Minicast: Why open banking’s delay is no surprise

The start of Australia’s open banking regime has been pushed from February to July – giving the banks extra time to get ready for the data sharing scheme. In episode one of Which-50’s Minicast series Joseph Brookes explains why ACCC has extended the deadlines – and why it was predictable.

How social media will change in 2020: We Are Social