Gartner: Change ‘The Game of Work’ to Succeed in a Remote Environment

Staff Writers / April 26, 2021
Home > Insights > Gartner: Change ‘The Game of Work’ to Succeed in a Remote Environment
Staff Writers 2021-04-26
What makes playing these games compelling is not just the competition or the skill, but the social connections built during the game. We build bonds as individuals and groups through conversations, getting revenge on a particularly good move, negotiating trades on properties or just by winning!

What would happen if we took those games and just put them online?

For a few years I played a version of Scrabble online with my father. The game was devoid of any social interaction. The only thing compelling about it was that we would talk (brag) about our best words and wins when we got together. Eventually we stopped playing because it was not engaging enough.

In the end, taking a social game and putting it online makes the game more efficient over space and time, but it also has the potential to make it less engaging.

Does this sound familiar? It should, because this is exactly what happened to most of us 12 months ago as the pandemic struck. We took what was a social game (work) and almost instantly drove it into a technological environment. But in making the shift, we did not reinvent The Game of Work, we simply took the game as it existed and plopped it into a technical environment. Much like when chess, Scrabble and other games were put online, The Game of Work was made more efficient to play, but not more engaging.

The stories we hear are echoed by the data we captured: we are efficient working from home, saving time on our commute, improving task efficiency and focusing on daily work. However, those social elements of work that differentiate our experience, and perhaps even our outcomes, were severely impacted. Decision making, collaboration, innovation, professional development and career path clarity all took a dive. Most importantly, the sense of community was deeply impacted, with 63 per cent of respondents saying that they lost a connection to their community of co-workers. While work continued, our lack of time to reinvent The Game of Work meant that interactions were less compelling. This approach will not be successful in the long term. 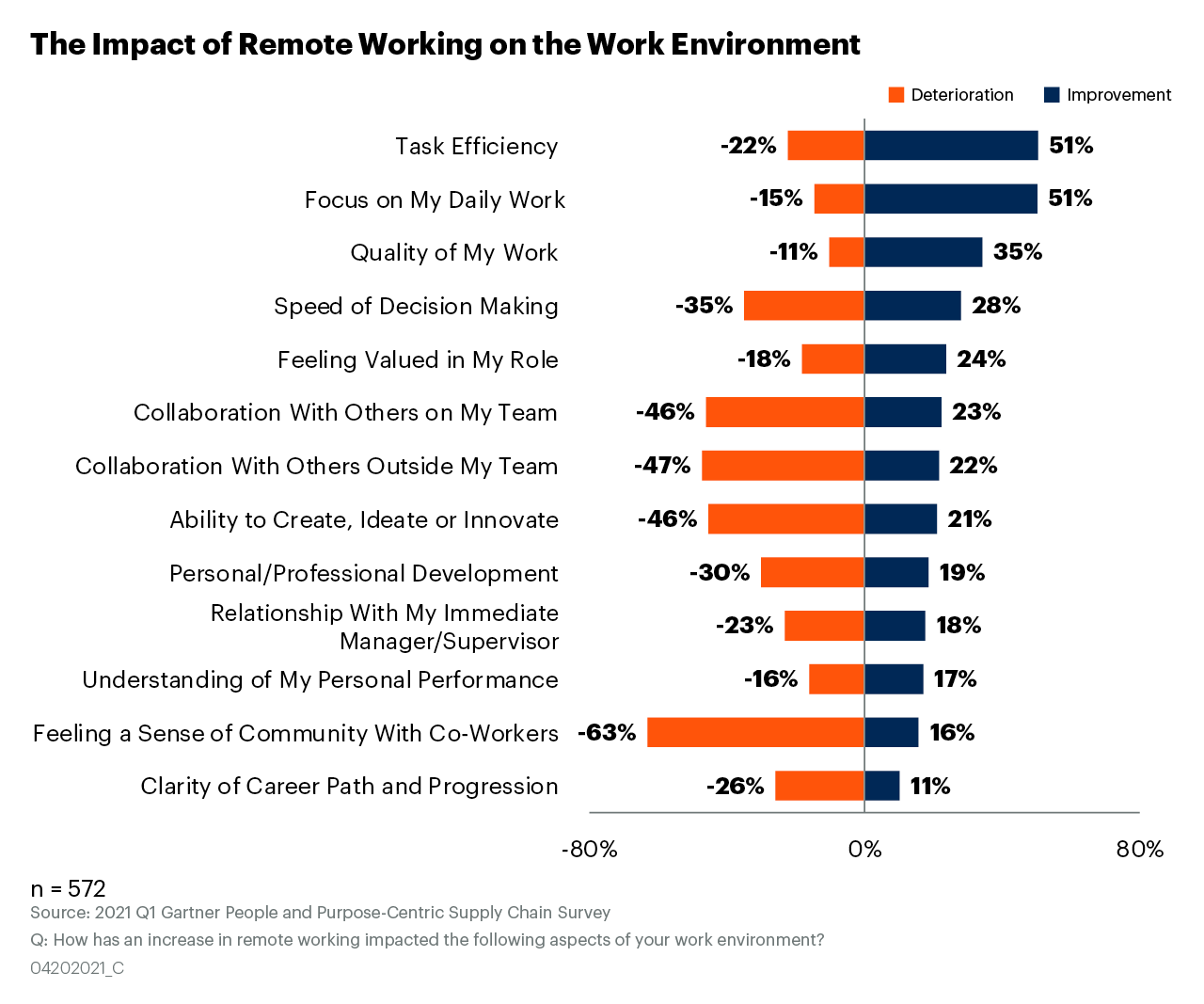 What is the solution? Taking advantage of the shifts we are seeing requires that we look at The Game of Work in a different way. My son (now 15) continually teaches me how to think differently about our world. In this case, it was through his video gaming.

In many of the virtual gaming worlds (like Minecraft), teams meet in a virtual space to collaborate, share resources and play the game, motivated to achieve a common outcome. The outcome may be building an island or a city, solving a puzzle, making a trek or surviving a battle. They play with teams across the globe, languages and time zones, and collaborate to achieve their end goals. While working in a virtual environment on a task or mission, they communicate via voice in real time, sometimes on video, and through chat rooms they establish. Even in cases when they are in the same room, they are still engaged in their team virtual spaces and interacting in a shared environment. This is how this generation is learning about The Game of Work.

With the shift to remote work over the last year, we find ourselves in an ever-evolving virtual gaming world, and yet we are stuck in a board-game model.

What can we learn from the online gaming community about working in a remote/hybrid world?

Supply chain leaders have done a lot of good work over the last 12 months taking The Game of Work and putting it online. We now need to redefine the game and create something compelling and engaging for our evolving virtual world.

Create and Develop your Cybersecurity Workforce

Big tech cannot crack down on online hate alone. We need to fund the smaller players

Minicast: What’s The Most Asked Question By Technology Candidates?

Bureau of Meteorology Storms Back To Work With Microsoft Digital Technologies

Create and Develop your Cybersecurity Workforce

Most Buy Now, Pay Later (BNPL) companies say they don’t sell debt — but they will still sell your debt to a debt collector. And if the debt collector is not collecting debt, what’s it collecting? Such is the twisted game of semantic linguistics the BNPL sector plays as it